Another month has gone by and it seems like not much has changed in terms of pricing or demand for real estate in BC or across the country for that matter. It seems like things have been slowing down a little bit but the demand is still strong and the supply end is lagging behind. I love Real Estate and it's also part of my job to be informed so I can serve my clients better. Every month when statistics are released I analyze and review what's going on in the market and share all my findings. The sources of this information come from the Real Estate Boards that release it to the media. It's all public knowledge and easily accessible by anybody. All i'm doing is compiling a brief summary of each area to give my clients a snapshot of what's going on in the market. I could expand and provide you with much more information on each sector but I think most people are just interested in how much their home is worth today and also if the market is strong or if the sky is falling. Some of my clients have experienced some market corrections back in the 1980's but I was fortunate enough to witness just a short lived bump in 2009. Do I think we are way overdue for a correction? Maybe. I just don't believe things can go on indefinetely and one day there will be a correction but for now I don't think we are seeing any signs of that. The most current development is the news headline coming out of China regarding the Chinese property giant #evergrande   I will be paying closer attention to this developing story because it's related to global real estate. The company's share price has dropped over 80% from it's 52 week highs. Apparently the company is in financial troubles, and it has as much as 3 times debt as the Lehman Brothers did before the whole thing colllapsed. Will this company pull the global markets down? I personally believe that it may cause big ripples in the markets in the next couple of months.

Campbell River
Slight cooling due to historically low inventory.
Inventory remains extremely tight in the VIREB (Vancouver Island Real Estate Board) area, tracking at a 21-year historical low. Active listings of single-family homes and row/townhouses dropped by 51 per cent from July 2020. In the condo apartment category, inventory decreased by 60 per cent from one year ago. Based on the demand VIREB (Vancouver Island Real Estate Board) is seeing, there is no doubt that sales would be higher if there were sufficient inventory.

In Campbell River, the benchmark price of a single-family home hit $639,100.

The British Columbia Real Estate Association (BCREA) forecasts that market conditions may begin to even out somewhat by the end of the year. However, it would take approximately 2,500 new listings in the VIREB area to create an actual balanced market if activity continues at this pace. The Vancouver Island Real Estate Board (VIREB) in August saw sales of 450 single family detached properties compared to 531 in June.

Quadra Island
In the month of August we saw two listings “sold”, two were “pending” and three “new” listings. The lowest price was a 10acre empty lot that sold for just under $400,000. The highest Sold price was an Ocean front property in Drew Harbour that sold for $860,000

Cortes Island
August showed some activity on beautiful Cortes Island as well, with one sold listing, one pending and two new listings. The only sold listing was a 10acre lot with buildings that sold over $800,000.

Market continues shift toward more balanced conditions after torrid start to the year.

“Sales have far exceeded expectations throughout most of the pandemic, driven mostly by demand for detached homes. At the same time, supply could not keep pace and conditions shifted to favour the seller, something that has not happened in over six years,” said CREB® chief economist Ann-Marie Lurie.

Detached Homes prices remained relatively stable compared with July figures, but were more than 10 per cent higher than levels recorded last year. Price gains continue to vary significantly based on location. Prices have risen across all districts relative to last year, but prices trended down In the City Centre, North West, West and South districts compared to last month. Detached homes benchmark price was $538,700

The semi-detached homes benchmark price was $430,000. Despite strong price gains across all districts, prices still have not recovered from previous highs in the South, North East and City Centre districts

The row benchmark price in August pushed above $300,000, eight per cent higher than last year.

While home buyers have remained active in Metro Vancouver* throughout the summer, the supply of homes for sale has declined steadily since June.

Last month’s sales were 20.4 per cent above the 10-year August sales average.

“August was busier than expected, and listings activity isn’t keeping up with the pace of demand. This is leaving the market under supplied.” said Keith Stewart, REBGV economist.

The benchmark price of an apartment property is $735,100. This represents a 7.6 per cent increase from August 2020

Are you thinking of selling your home? Call me for a free home evaluation.

Ready to get started?

Call or Email me today and let's discuss your next home sale or purchase. 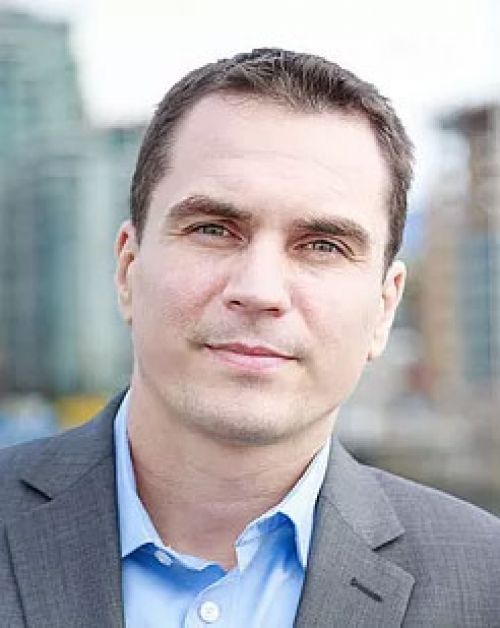 Roman Krzaczek
Keller Williams Realty
Office: 250-285-2141 Cell: 604-787-4594
krzaczek@kw.com
135 A Joyce Road, PO BOX 570
Quathiaski Cove, BC V0P 1N0
Powered by myRealPage.com
MLS® property information is provided under copyright© by the Vancouver Island Real Estate Board and Victoria Real Estate Board. The information is from sources deemed reliable, but should not be relied upon without independent verification.